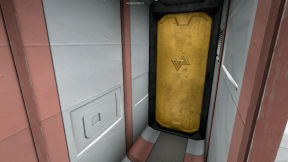 Infinite Hallway is a project we did along side Lava World and a virtual zero gravity ball pit to test the applications of VR in combination with real-time full body motion capture....

Behind the scenes of: CG Car commercial

A behind-the-scenes look at an 2015 R&D automotive animation project....