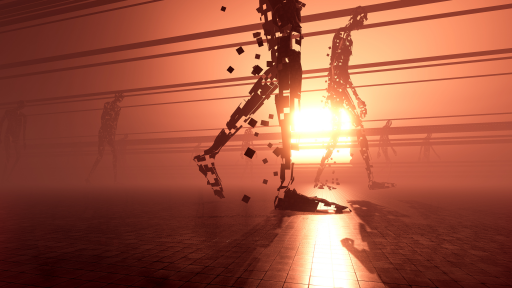 An abstract meditation on the evolutionary process and its relentless march towards complexity.

The experience shows an abstract meditation on the evolutionary process and its relentless march towards complexity. The seamless fusion between music and visual effects come to life in an overwhelming experience which transports the viewer into a world caught in a permanent sunset, inhabited by mysterious abstract creatures. You have to see it to believe it.

This website stores cookies on your computer. These cookies are used to provide a more personalized experience and to track your whereabouts around our website in compliance with the European General Data Protection Regulation. If you decide to to opt-out of any future tracking, a cookie will be setup in your browser to remember this choice for one year.